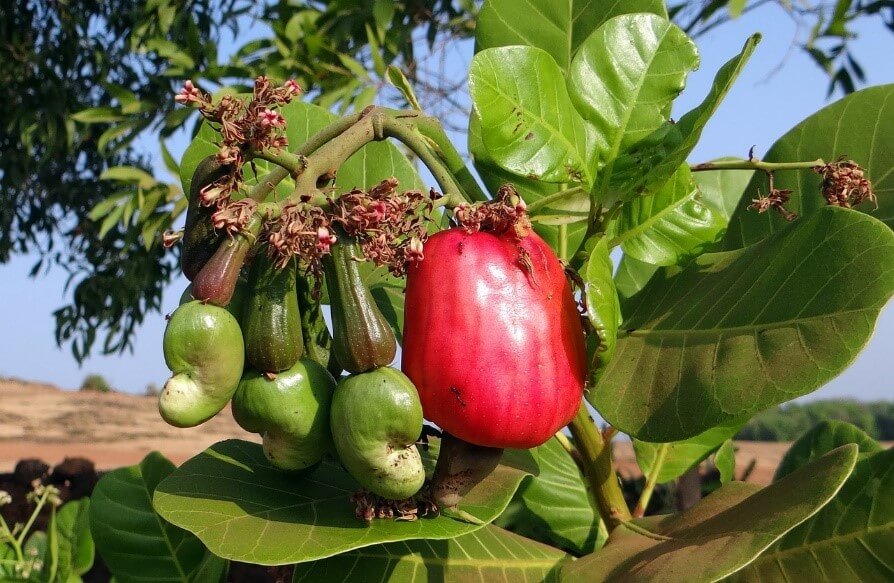 Growing Cashews, All You Need to Know About Cashew Cultivation….

Thinking of starting a cashew plantation? No worries, you are at the right place. Let us understand the basics of kaju/cashew farming. Cashew nut cultivation requires some specific climatic and environment conditions. We will learn all from the scratch in the coming sections. 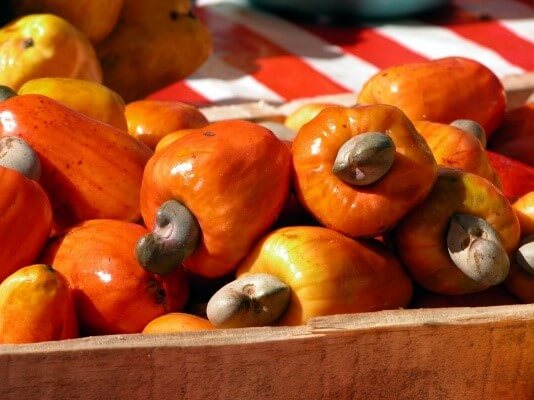 A Small Intro About Cashew Trees…

Cashew trees are grown mainly in the tropical regions. Brazil, Vietnam, Africa, South East Asia and India are the major cashew producers in the world.

Kaju tree grows to a height of about 10-12 meters. It’s a fast-growing tree. After planting the seed, it usually starts flowering in the 3rd year. Fruits start blossoming in the winter season and ripens fully in 2-3 months. The cashew fruit has two parts – the cashew apple and the nut attached to it.

Read: How to Start a Profitable Pearl Farming Business?

Like every crop, cashew plantation too involves some special requirements. Proper sunlight, sandy soil, water and fertilizers are the major requisites for cashew nut farming. Let us discuss this in detail.

Regular watering helps in increased production of cashew fruits. This is very important as the sandy soils do not hold much water. Adjust the amount of water as per the season, more frequent water during summer and less during winter. Make sure, you don’t over water cashew trees.

As the sandy soils in which cashew trees grow are comparatively less fertile, it’s important to have active fertilization for your cashew farming. Fertilizers rich in Nitrogen and Phosphorus are essential during the flowering and growth stages of cashew.

So far, we have seen the major facilitating factors for cashew tree growth.

Let us also see, what are the suitable climatic requirements for cashew farming.

You May Like: How to Start Hydroponic Farming Business 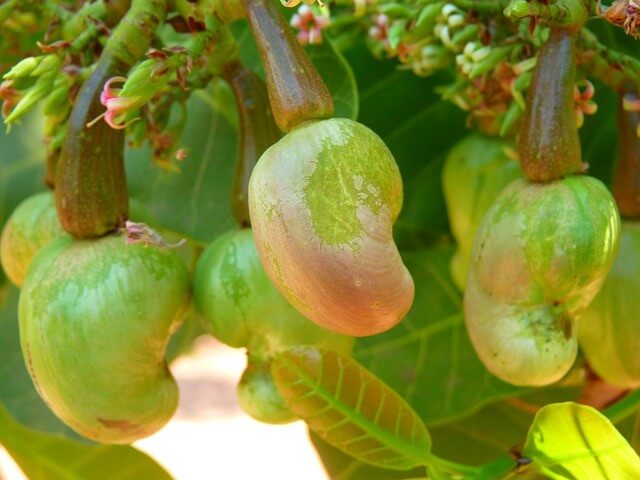 How Do We Grow Cashew Trees?

Let us see what are the various stages in cashew tree plantation.

With proper irrigation and fertilization, you can have high production from cashew trees.

Also Read: How to Start a Mushroom Farming Business in 12 Easy Steps

Cashew trees will begin flowering and bearing fruits during the winter season. After that in a few months, you could find your cashew trees full of cashew apples. As we have already discussed the cashew fruit has a nut attached to it (which is the real fruit). You can wait for the cashew fruit to fall down on the ground by itself. This means your cashew nut is ready.

Separate the cashew from the apple and store it for processing. You don’t have to process them immediately. Every batch you pick up can be stored in a cool dry place for a period up to 2 years and can be processed in bulk. They are dried under sun for a few days before storing.

Cashew fruits need not be thrown away after separating nuts from them. They are in fact excellent sources of nutrition with Vitamin C, Vitamin B1, Calcium and Iron. And they taste good too.

After harvesting there is another important step in cashew farming. That is, cashew processing. Let us see that in detail.

There are four major steps involved in Cashew Processing. They are:

Let us understand the purpose of these processes and how they are accomplished.

So, roasting is a prerequisite before getting into shelling of cashew nuts. Nuts are heated for about a minute in open pan containers with holes. Acid fumes will be released and the caustic shell oil flows through the holes and can be collected in a catchment area. 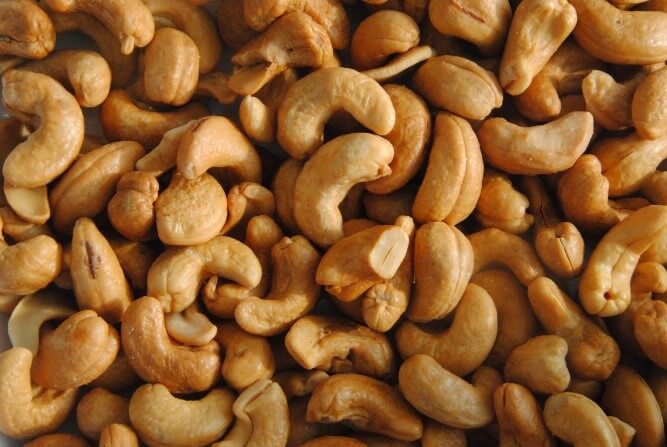 By Products of the Process

From the above cashew nut processing, we know there are two major by-products obtained along with the cashew kernel. They are the shell oil and cashew apple. These by-products can be sold in market, as they have many uses.

Cashew apple is edible as a fruit or it can be juiced. It’s rich in Vitamin C. Wine, Gin, pickles, syrup etc. are also made from cashew apple.

Cashew seedlings can be purchased from Cashew nurseries and replanted in suitable locations. High yielding varieties of cashew can be bought from these nurseries.

A seed planted takes 3-5 years to bear it’s first fruit. So, its recommended to buy seedling from a nursery. In this way you would not have to wait for so long. There are farming experts associated with cashew tree nurseries who could help you select the best breed for farming.

Read: A Complete Guide on How to Start a Dairy Farm Business

Take Care of the Following When Cashew Farming

So far, we have discussed some important cashew tree information. There are a large number of high yielding varieties of cashew available in local farms. With an impressive export cashew market, it would be a great time to start cashew farming. 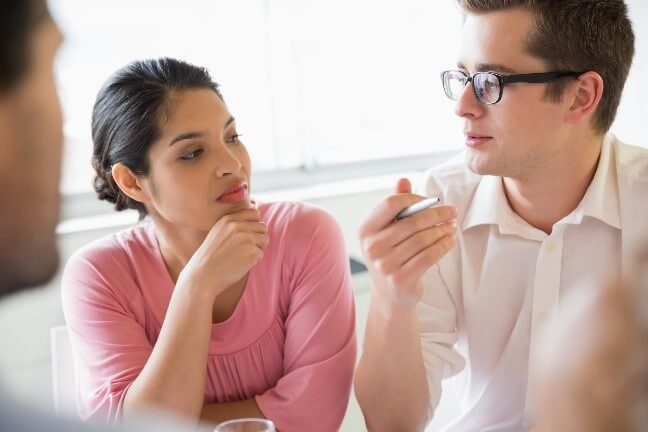 Franchising a Business: Consider These Pros & Cons of Buying a Franchise Before Owning One 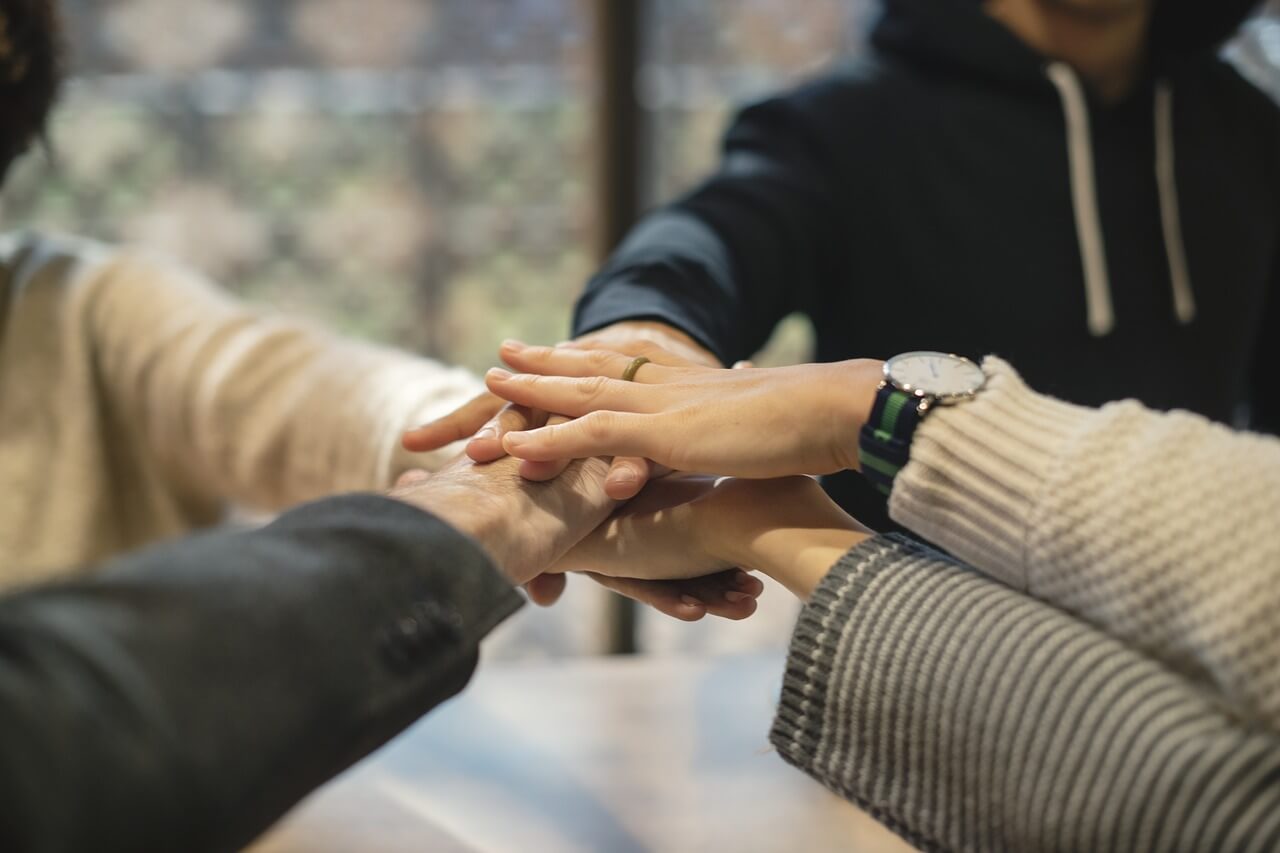 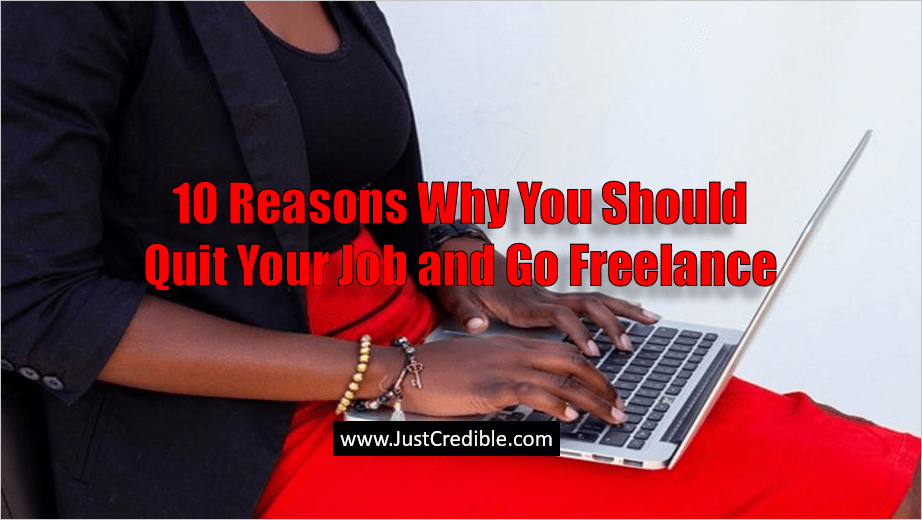 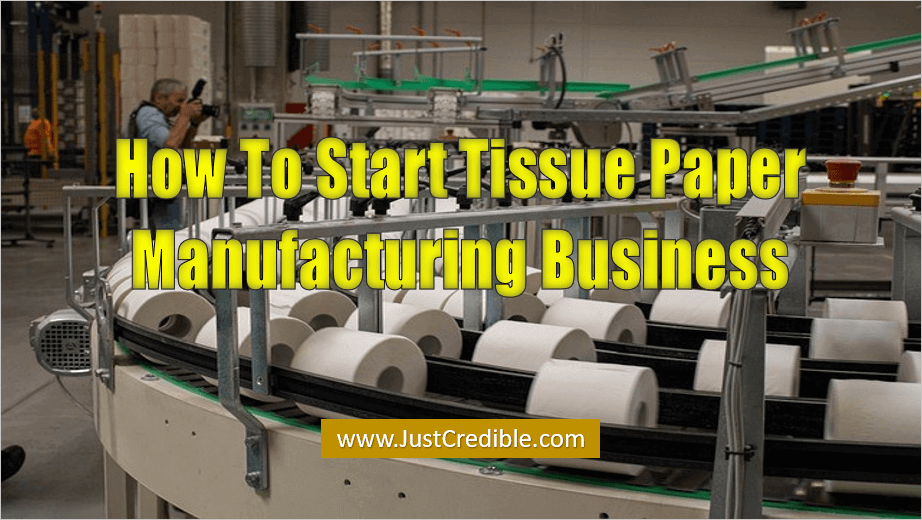 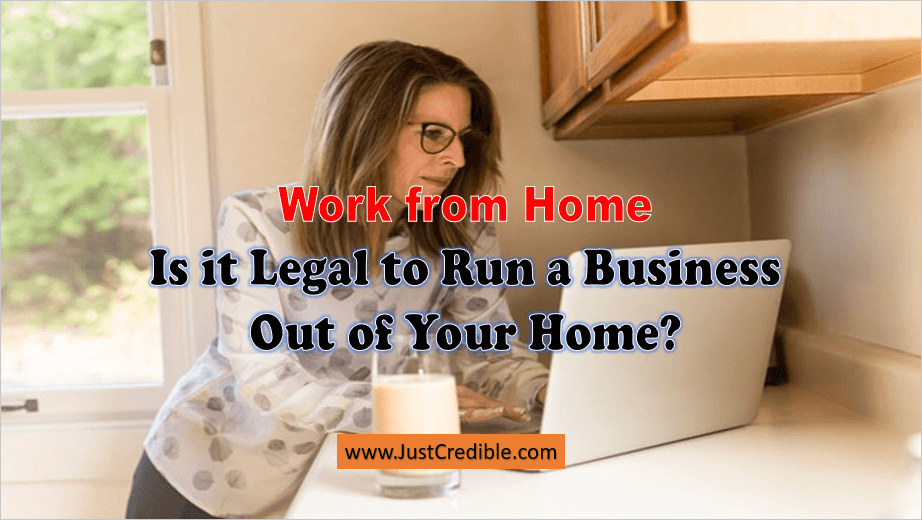 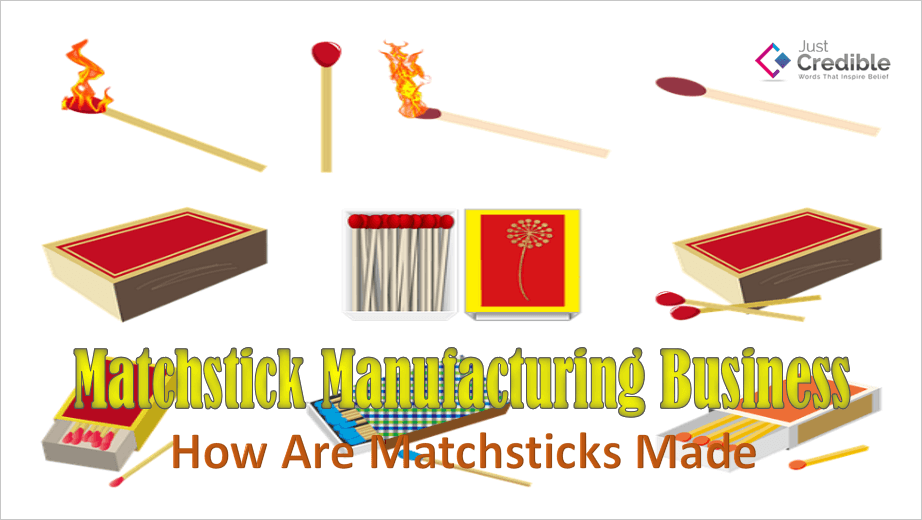 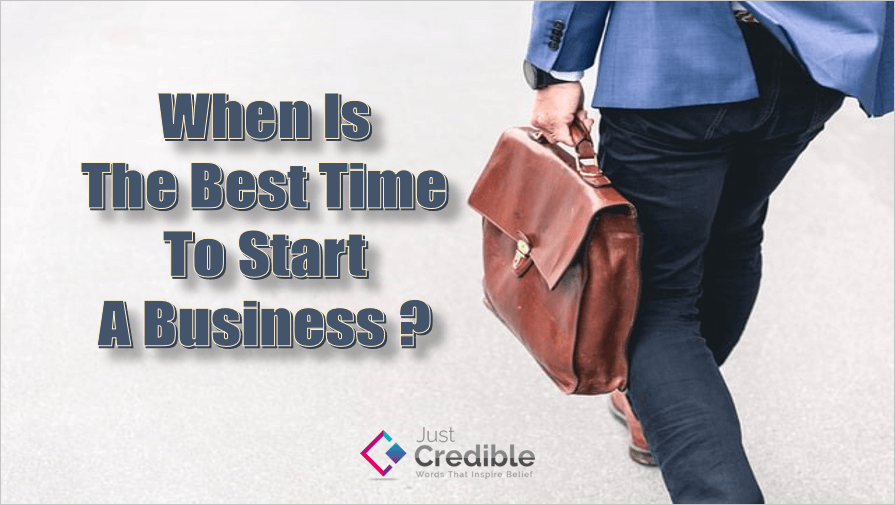 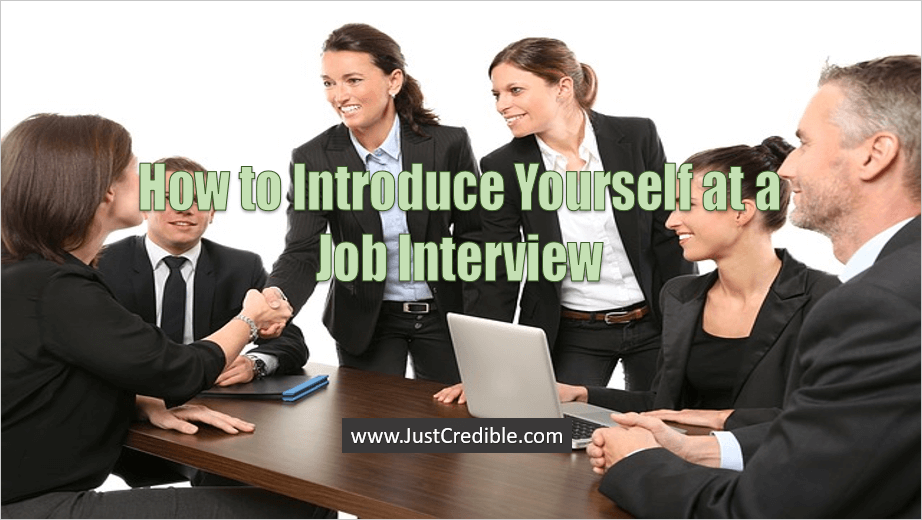 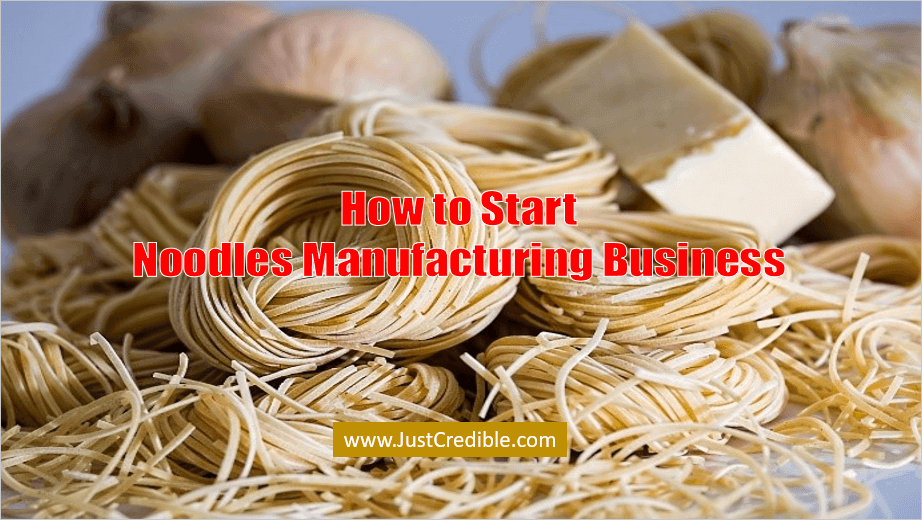 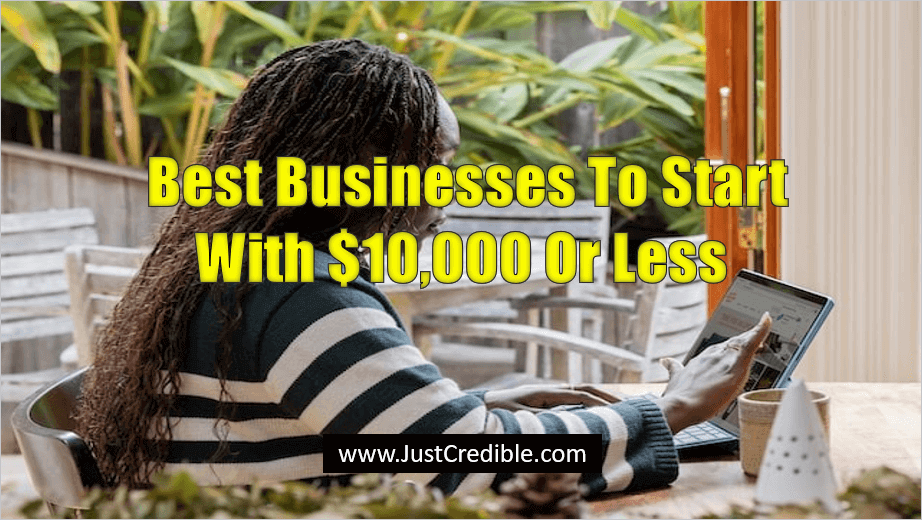 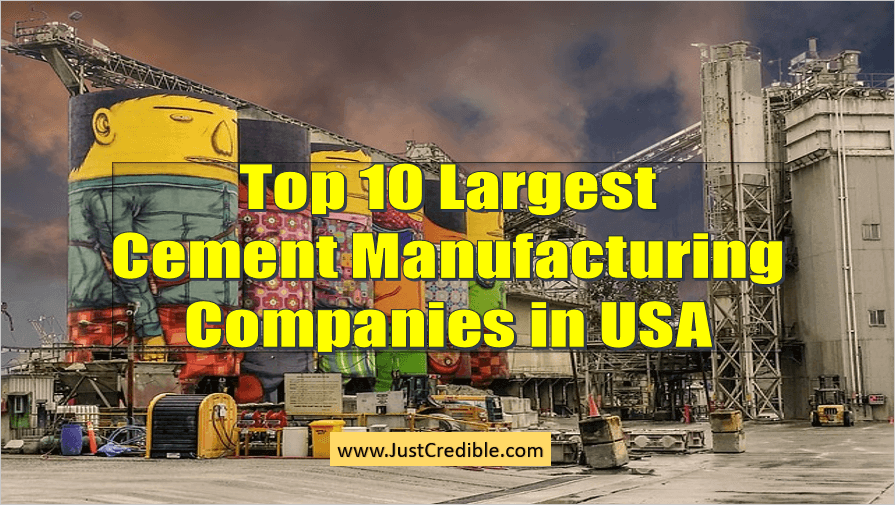 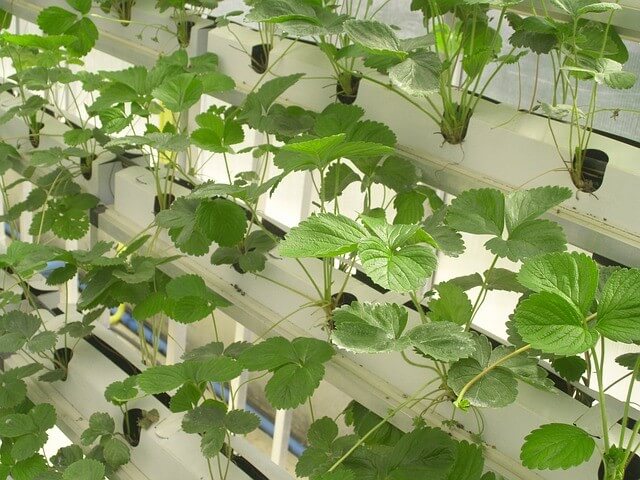 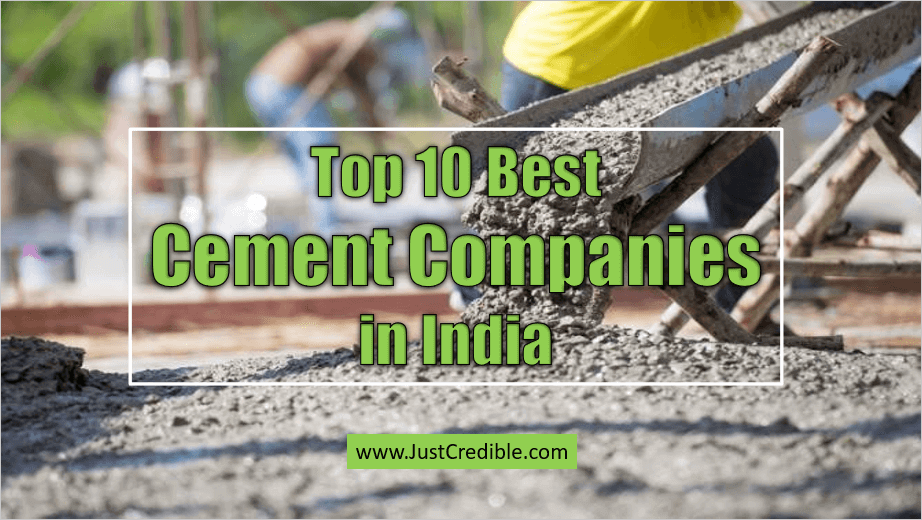 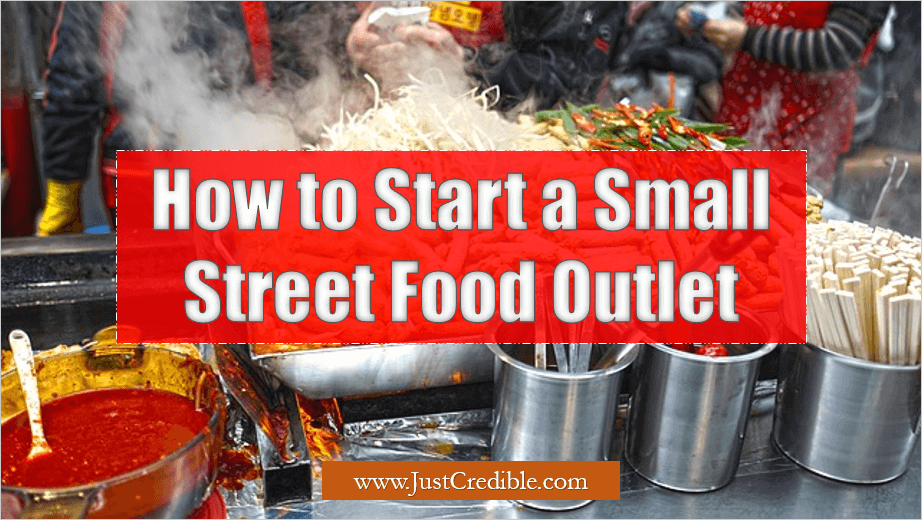 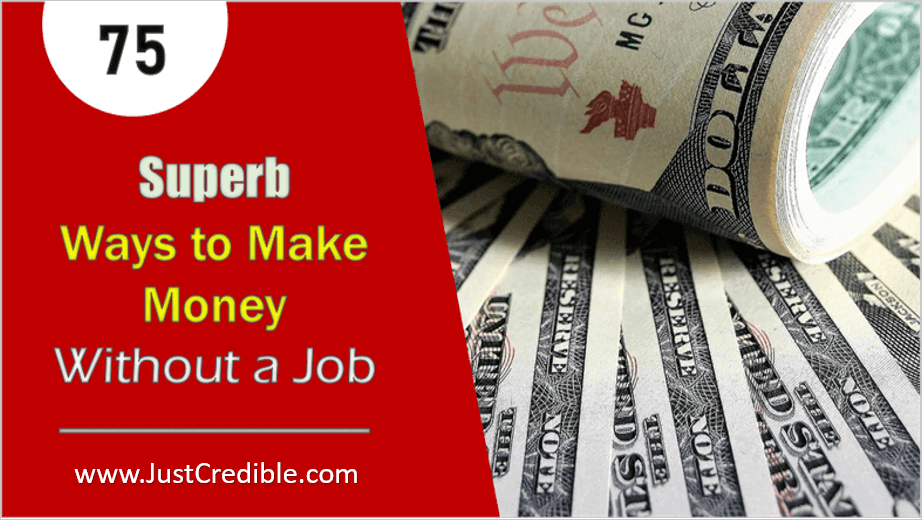 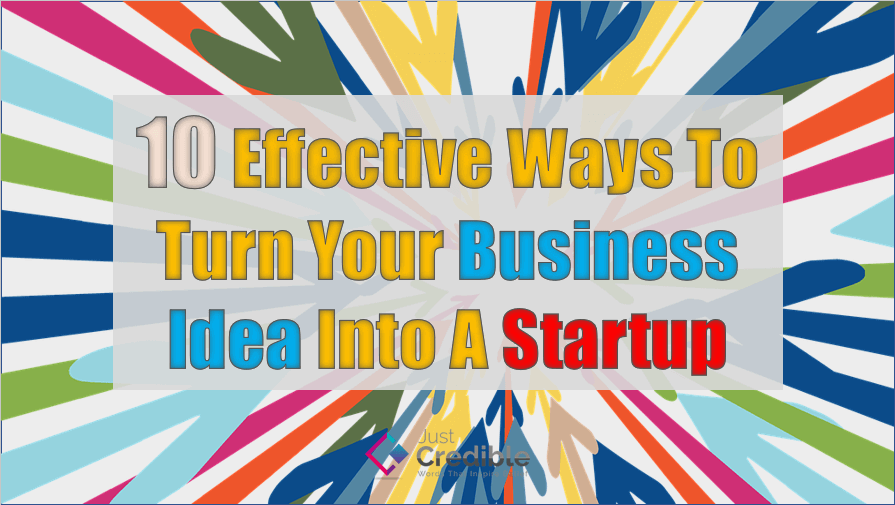 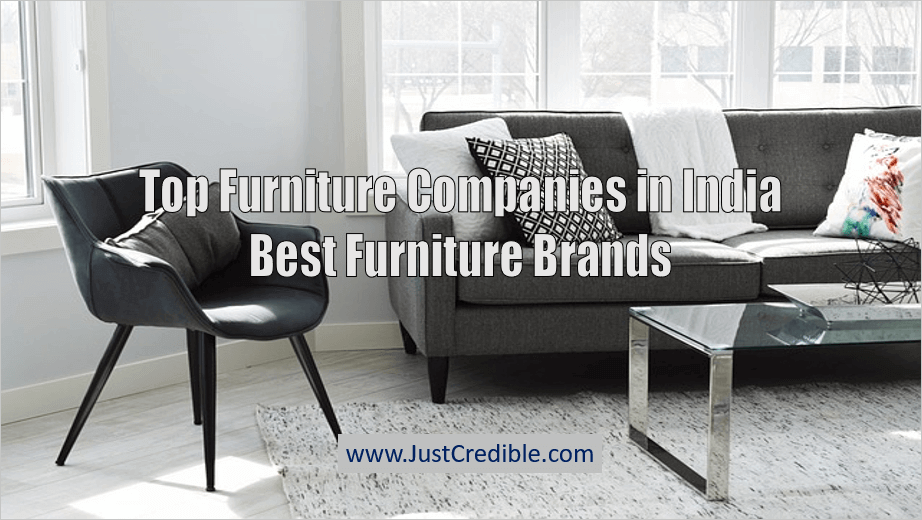 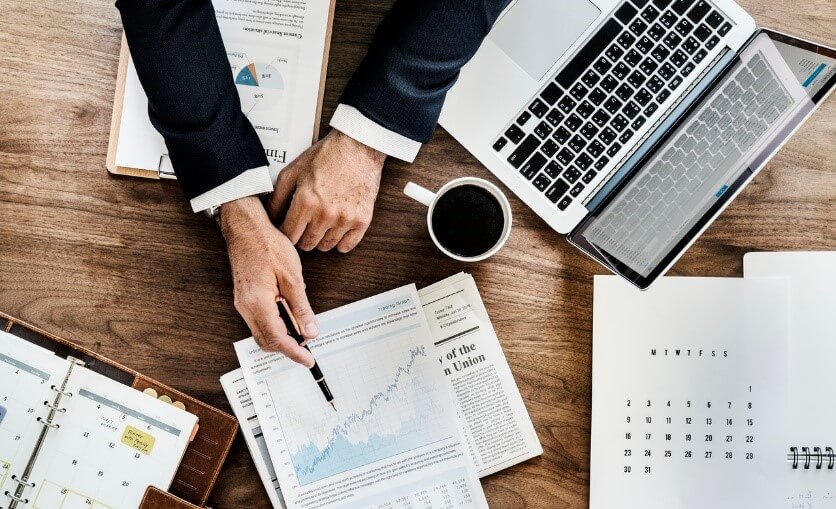