Countries with the Lowest Crime Rate in the World

The safety index depends on several factors and not only on crime index. The countries not listed among the topmost ranks does not imply complete isolation or missing human residence.

Nations are ranked on the basis of harmony and violence every year. Measured according to the Global Peace Index, a list of least violent nations in the world is released every year.

The rankings are released after considering a number of factors such as war risks, potential terrorist threats, homicides, violence, public safety, police security, and various other factors.

Read: 10 Amazing Places to Visit Before You Have Kids

Countries with lowest crime rates are also measured against gender equality, freedom of execution of fundamental rights, literacy, crime index and the overall progress report of the nation compared to the world.

Apart from that, the ranking is also based on the risks of natural calamities such as earthquakes, hurricanes, etc. Hence, if you are speculating about the safest countries in the world, here is a list you should look at!

10 Countries with Lowest Crime Rates in the World

Iceland is undoubtedly one of the safest places to live. The residents of Iceland are known for their harmony and peaceful ways of living which is unique and unbelievable. 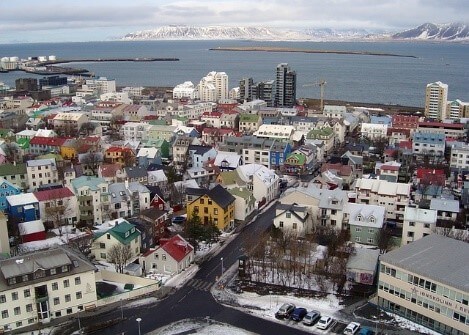 The crime index noted in Iceland is pretty low which is proven by the fact that even today the residents keep their doors unlocked at night.

Apart from that, even a single case of murder instills massive outrage among the people, resulting in march pasts, protests and cry for justice.

The first thing that hits our mind while thinking about Switzerland is the vast stretches of land covered in white quilt of snow. A large number of couples take resort to Switzerland and choose it as their favorite honeymoon destination. 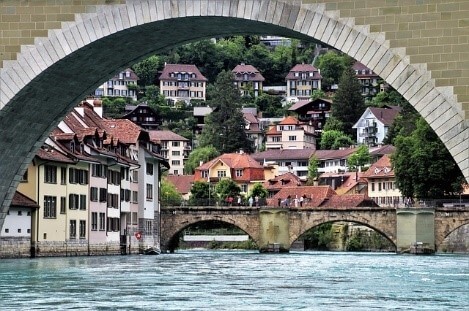 Apart from the serenity of the innumerable landscapes, Switzerland is also known for guns and richness. A saying goes, that the Swiss have platinum lined in their wallets.

However, the country has unbelievably low crime index and is rated among the safest countries in the world.

As per a report, there were only 41 murders reported in 2014 in a population of 8 million. The Global Finance safety index for Switzerland has been noted to be 7.01 on the present year.

The safety of the countries turns out to be a big question in terms of tourist security and safety. Finland is not only a healthy country to visit but also a safe place to live. 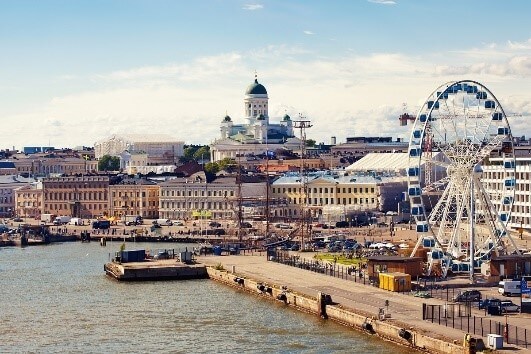 It is rated as one of the happiest countries where people live in harmony and peaceful togetherness. Finland also believes in an environment friendly way of living.

Though it is a summation of several thousand islands thriving together, the crime index reported in the country is fairly low.

Finland was also renowned as the safest country in the year 2017 as per the Global Finance safety index. Hence, a large of visitors on vacation or business purposes are seen to visit the country in search of complete peace and security.

Though home to a considerable large community, Portugal is also known as a country with lowest crime rate. 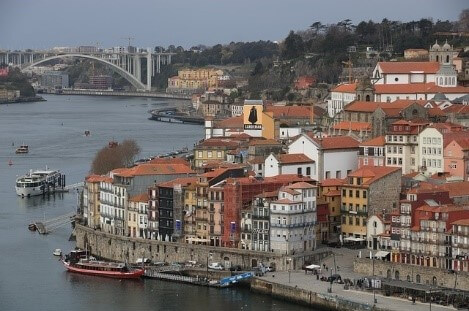 Besides being known as country rich in sports and academics, Portugal is also known for its harmony and peace. The crime index in Portugal does not coincide with the population count.

People of Portugal are known for their welcoming attitude towards the tourists and visitors which is why a huge number of tourists take resort to Portugal for vacations.

Not only for vacations, Portugal is also a safe place to live because of the peaceful pace of progress.

With a flattering history and post WWII renovation, Austria has emerged as one of the safest countries in the world. 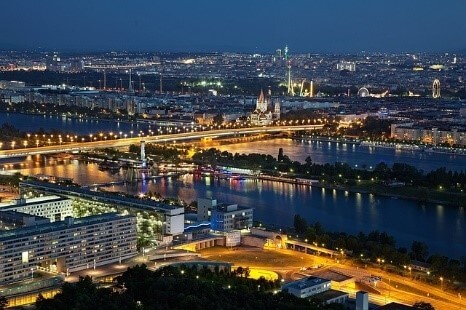 Tourists visiting Austria have always praised the country for its cheap beer and lip-smacking sausages. A vast number of tourists are known to visit the country every year to witness the beauty of the country.

Austria is also known for its imperial capital Vienna, which shines bright among the topmost metropolitan cities in the world.

Though Austria is blessed with a considerably huge population, the crime index is fairly low. As per the Global Finance safety index, Austria has earned a glorious score of 7.08.

The beauty of Norway has never been hidden from the world. A huge number of tourists choose Norway as their prime vacation spot, which is why the question of safety arises in the first place. 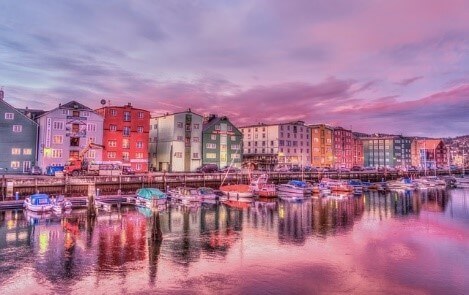 The crime index of Norway is quite less and street violence or any kind of major incidents are unheard of, which is why it is highly considered among the countries with low crimes rates.

To note down, the country had a report of 21 murders in 2015, among the population of 5 million. Apart from that, a few cases of burglary have also been reported, but that is the lowest in Norway, which is why the Global Finance safety index has been awarded to be 7.27.

Seems like the only thing it misses out on is continuous sunlight.

The rank list is updated annually. This means countries might be added or removed from the list of top 10 depending on the present scenarios and comparative studies.

Among the leading countries with lowest crime rate, Qatar is undoubtedly one of them. For years, it has been rated among the topmost safest countries in the world. 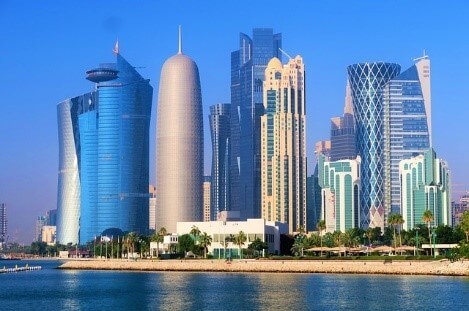 According to the Global Finance safety index score, Qatar flaunts a score of 7.28 which is downright impressive. The country is not only a non-violent place to live, but also is a safe country for tourists.

Qatar is also known to have banned alcohol consumption in public and only reputed, licensed restaurants are allowed to facilitate drinking. Apart from that, the country has also embarked upon no-taxation policy and thus the residents are not levied with any kind of service tax.

No potential threats have been reported by visitors in Qatar apart from pick-pocketing. If this is a concern, worry not, the police security is far more strong and effective than you think!

With a flattering safety index of 7.34, Singapore has bagged the title of being one of the safest countries in the world. 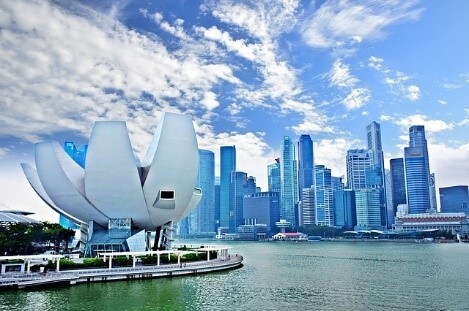 The country is home to exceptionally beautiful sceneries and landscape and is also among the popular tourist destinations in the world.

Having said that, tourists are often worried about their safety. Stay assured, that the crime index in Singapore is fairly low and the number of murders and thefts reported are lesser than most of the other countries.

However, cyber-crimes are probably on the rise, which has led to increased security terms in the area.

Among the list of countries with lowest crime rates, Denmark is surely counted among them. The number of crimes reported or taking place in Denmark are fairly less which is why, even the Norwegians take resort to the country for vacations and relaxation. 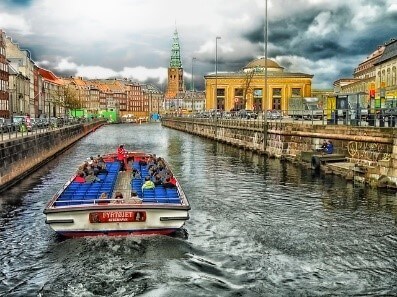 Undoubtedly a safe place to live in, Denmark witnesses comparatively less number of murders or street violence of any kind.

Though in the previous years, there had been several rumors of probable terrorist attack, the intelligence department has always stood tall guarding the nation.

The country has history of drug peddlers, though violence of any kind from them, is also not heard of. 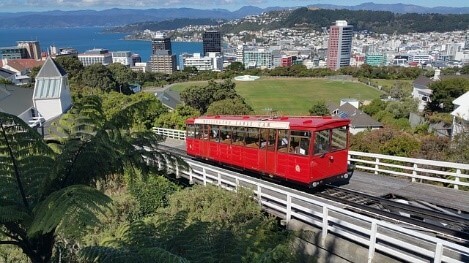 A large number of professionals also hop in the country in search of better prospects. New Zealand has also been elected as the safest place to live, in the previous years.

The ratio of unemployment and the crime index in the country is pretty low and most of the residents are highly educated.

New Zealand is also known for its harmony, which is why it is renowned amongst the topmost countries with lowest crime rates.

The crime index might be concentrated on specific regions. However, even the unsafe countries have safer destinations, which should be taken into account.

Before settling anywhere in the world or visiting for vacations, we often search for a safe place to live in, where there will be no threat to our lives.

The above-mentioned countries are marked safe on the basis of several factors among which crime index remains the primary.

However, the rate of literacy, gender ratio, job prospects, etc., are also considered for determining the index. The rank and the list are however updated every year as per the reports submitted.

10 Amazing Places to Visit Before You Have Kids