9 Down Syndrome Facts That You Never Knew

Down syndrome is a genetic disorder, where the person has an additional copy of Chromosome 21, which affects the development and leads to characteristics that are typically associated with Down syndrome.

These people have 47 chromosomes instead of the usual 46. It is not a disease or an illness, but rather a genetic condition. Persons with this syndrome share some of the common features, though they also resemble their immediate family.

Typical traits are distinct facial features, short stature, learning difficulties and delay in development, though every person is unique and their IQ can vary vastly.

Exciting Facts on Down Syndrome

What does he have to do with the syndrome? He is called the father of the Down syndrome.

One of the essential Down syndrome facts is that children with Down’s syndrome also go through the same developmental stages as a normal child, but they develop at a slower pace.

Visual learning can greatly benefit these children, as they are quickly able to grasp visual cues.

Down’s syndrome is the most common among chromosomal conditions, with about 6000 babies being born every year in the US having this condition.

It is important for these kids to be involved in sports and other extracurricular activities, where they can find success, as it helps them build self-esteem, get a sense of belonging and creates a community for them.

Another aspect to remember when considering Down syndrome facts is that it is a genetic disease and can be inherited from either of the parents.

It is advisable to get a screening test or prenatal testing for conception in these ages.

Almost 50% of such children suffer from congenital heart defects or CHD.

Some of the early symptoms are fast or irregular breathing; cyanosis or blueness in the fingers, toes and around the mouth. However, not all children exhibit such symptoms early in their life.

There are prenatal as well as postnatal tests that can be done in order to look out for Down’s syndrome.

Remember: Postnatal tests can be done if the typical features associated with Down’s syndrome are seen in the child.

However, it will not give a definite yes or no answer about the baby’s condition. If the screening test shows a higher risk, you can go in for a diagnostic test prenatally to check out whether the foetus has the syndrome.

However, a diagnostic test also presents the risk of a miscarriage, so it is not offered to all, though screening tests do not pose such a risk.

Life expectancy of people with Down syndrome has dramatically increased from 1960 to 2007. 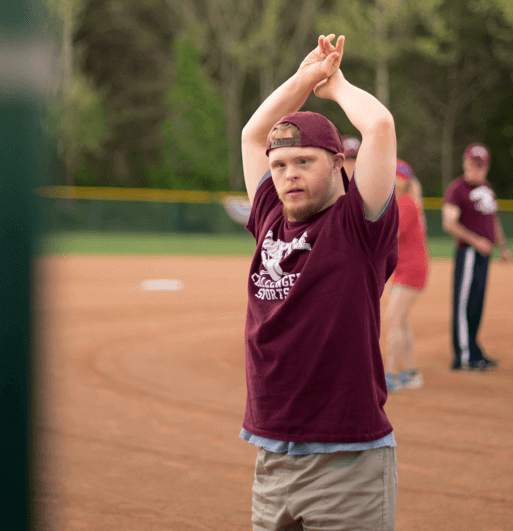 Though the condition is incurable, according to experts, they can continue to live a normal life if they have acceptance and early intervention by their families.

Note: March 21st is celebrated as World Down Syndrome Day!

When considering the Down syndrome facts, it is important to note that there is no cure for Down syndrome and it cannot be prevented. However, today, people with Down’s syndrome are leading fuller lives, as there is a better understanding of their potential to excel in several areas.

They are strong, talented and very loving, so if you give them a good educational or vocational training, they can lead a richer life and be a valuable part of the community, providing them with greater confidence and higher self-esteem.

Today, more than ever, there are many opportunities for children with Down Syndrome, for attending schools, holding responsible jobs and participating in sports and other leisure activities as well as having healthy relationships. Some of them even marry and women having this syndrome can even become pregnant and have children.

However, early intervention is the key to the child reaching its full potential. So, the earlier you learn about the condition, the better you will be equipped to setting up the child for success in life!