There are two types of places every photographer should visit; one, that gives peace to the soul and the other that is a treat to the eyes. Though the former is an absolute necessity, the latter gives a lifetime of memories to be locked safe inside the closed eyes.

These are the places which are an absolute treat to a photographer’s eye! Though scattered around different corners of the world, the best places to photograph around the world are not always easy to visit.

However, a little pain for capturing the best of the nature does no harm! Hence, here is a list of the most picturesque places to do photography which are too dreamy to be true.

The list of most photogenic places in the world might change every year due to popularity reasons.

10 Most Iconic Places to Photograph in the World

Talking about the most iconic places in the world and missing out on Iceland is a crime. Specifically speaking, the Aurora Borealis, a natural phenomenon of the seemingly miraculous intermingling of lights scattered all over the sky, tops the list of most photographers.

The Northern lights can be spotted from several regions within the latitudinal range of 66° to 69° N, which includes several regions in between Alaska, Russia, Greenland, and Canada. Amongst them, the Jokulsarlon Glacier Lagoon is one of the most photogenic places in the world.

The white quilt covering up the earth and the peeping glaciers from the frozen lagoon that reflects the colors of the sky is a dream come true.

Watch the horizon touch the earth’s end as the salt flats reach to infinity in the Salar de Uyuni, making it one of the top 10 most beautiful places to photograph in the world.

The natural phenomenon of the formation of flat salt plates makes an extraordinary affair which cannot be missed. During the monsoons, the water plays with the lights from the sky and creates a magical reflection which is worth all the efforts taken to reach the spot.

However, the dry season witnessing the stark dearth of the salt desert making it resemble the mecca of countryside photography altogether.

Stretching all across the Southwest province of Bolivia, the Salar De Uyuni is an amalgamation of potassium, sodium, and magnesium. Apart from that, the geysers and the hot spring flushes are also a photographer’s favorite! 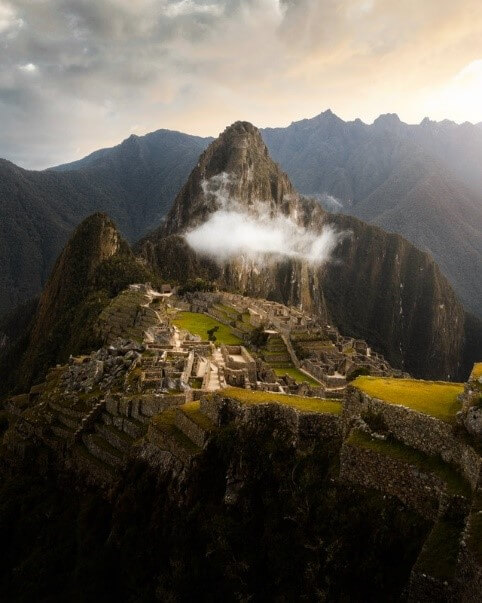 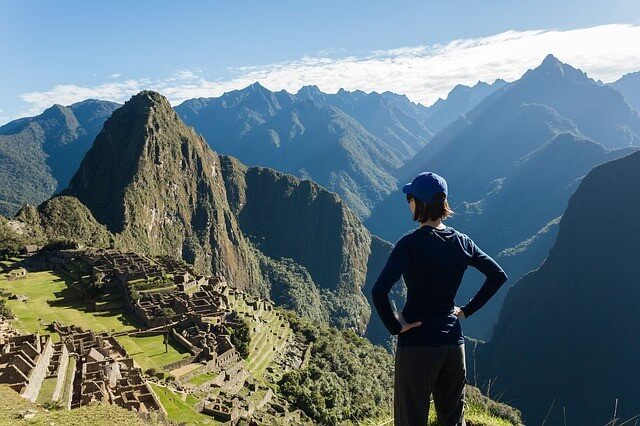 Topping a huge number of bucket list destinations, the Machu Picchu has outscored the expectations of everyone who has ever visited this place. Built by the Incas in the 15th century, this archeological heritage is enriched with the wealth of history.

The ruins remaining after the Spanish invasion in the 1570s, makes it one of the world’s most amazing places for travel photography. Though the journey to the hilltop is quite cumbersome and challenging, this particular natural and man made wonder should not be missed by any chance.

Guaranteed views of a sparkling landscape credit the Americans for the discovery of this long-lost treasure, yet every stone reflects the incomparable skills of the Inca empire which makes it one of the most beautiful places to take pictures. 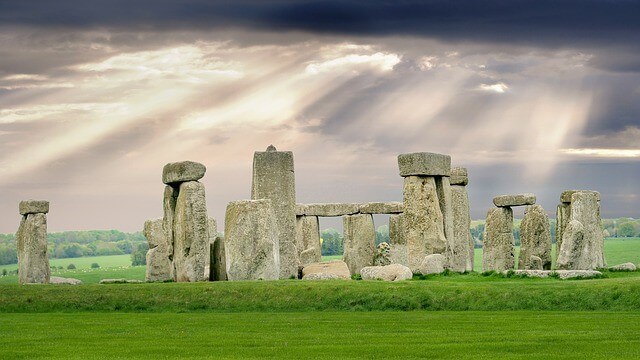 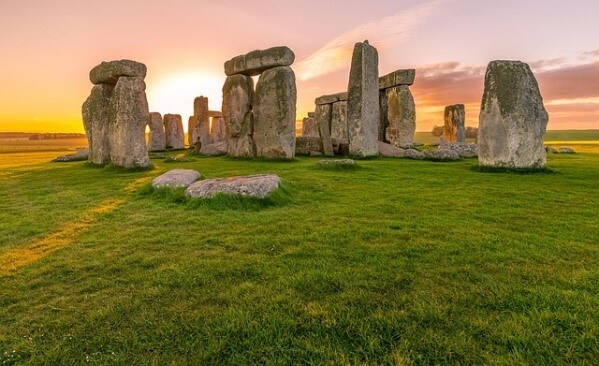 Decorating one of the greenest and most beautiful valleys of England, the Stonehenge has topped the charts of most photographed places in the world. Remaining a mystery till date, the Stonehenge calls back the geometric architecture prevailing 5000 years back, that gave birth to this masterpiece.

Historians, archaeologists and other researchers are still trying to find the exact reason as to why the Stonehenge was built in the first place. It is one of the world’s most spectacular ruins which draws tourists in lakhs every year from around the world.

The list of most photogenic places in the world might change every year due to popularity reasons. 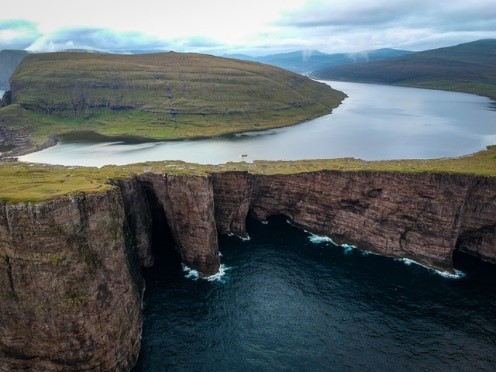 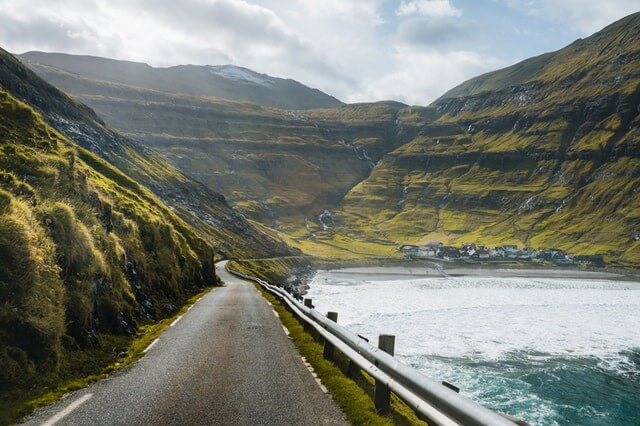 Residing between the serene landscapes of Norway and Iceland, this pristine archipelago takes you on never-before photo adventures. The adventure getaway mainly comprises of volcanoes, dormant and active, which marks the islands topography neatly.

Besides, the eighteen rocky islands are brimming with thriving wildlife comprising of exotic birds who mark their territory coastal cliffs to greenly grasslands. From the turquoise lagoons at the foothills to the lush green borders fed by waterfalls, the islands make up for some of the most breathtaking places on Earth.

The beauty lies in the unscathed sceneries which are yet to be discovered by pouring tourists. However, photographers, willing to merge an adventure getaway with a photographic pleasure, will find good photo spots shouting to be explored in every corner.

The Faroe Islands can be explored through road tunnels, bridges, ferries, and other transport facilities, thereby making it one of the most adventurous locations for travel photography. 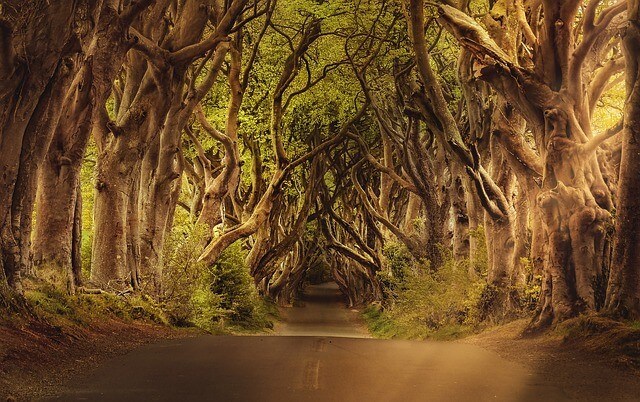 Hiding safe in the Northern province of Ireland, the Dark Hedges are ideal for the mysterious yet enchanting photographs you need. Stretching all throughout the Bregagh Road, the Dark Hedges have more to offer than what is normally seen.

The place is beautifully adorned with innumerable tourists who flock in between Stranocum and Armoy to spend a day out with family or their beloved and return back with heartfelt pictures. The aura of this place lies in the array of picturesque canopies which makes it one of the most beautiful places to take pictures.

Its enigma is well-appreciated by several famous TV shows which have earned it additional popularity. Apart from that, the Hedges make up for a perfect day out as well.

Also See: 10 Amazing Places to Visit Before You Have Kids 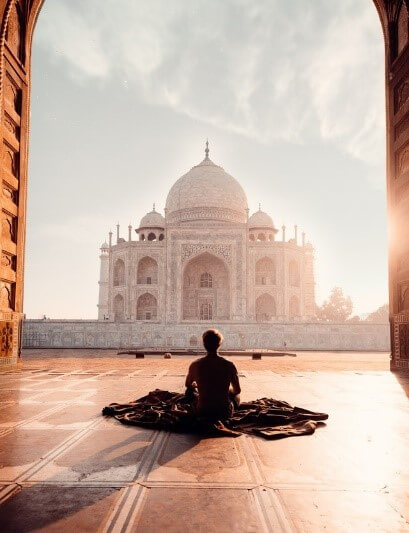 Renowned worldwide as the symbol of love, it was built by Shah Jahan for his beloved wife Mumtaz, every corner of the monument sings of love and is undoubtedly one of the most iconic places in the world.

The dumbfounding architecture, the panoramic gardens and the waterway leading to the minaret have been counted among the most photographed places in the world.

The most enticing photographs are usually taken during the sunset and sunrise when the Taj Mahal overlooks at the sun kissing the Yamuna River at the backdrop.

Some places might require specific permits or allowances, which should be taken care of. 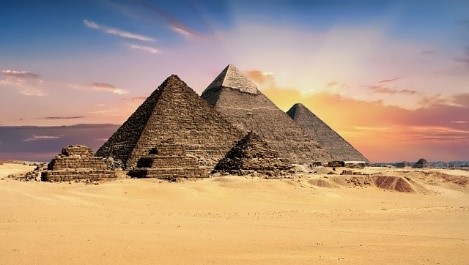 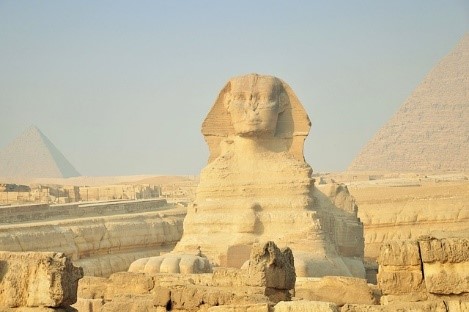 The Egyptian pyramids have always mesmerized us with its charm and essence. From the history books in school to the dreams of ever visiting and witnessing the enigma on our own, the Pyramids have stood tall through it all.

The mighty stones perfectly fitting to form such extravagant pyramids, withstanding all the natural calamities, has been extremely unique. It has inspired several stories, movies and TV shows till date, which has also influenced photographers to picture it in better ways.

The popular pictures taken here are the grand pyramid of Giza, pyramids from a distance, the stones and architecture, the Sphinx and the beautiful light and shadow captures of the vast structures. 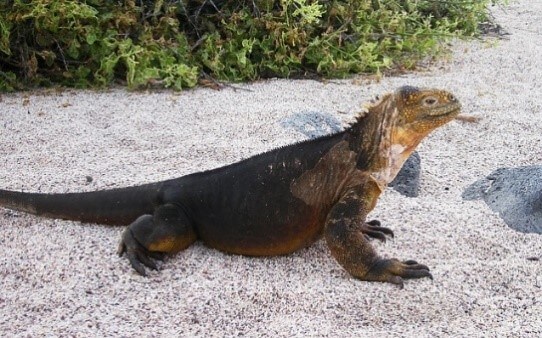 A fancy among the science fanatics, the Galapagos Islands are a dream to most of the wildlife photographers. With endemic species thriving in every corner of the island, it has emerged as one of the world’s most amazing places for travel photography.

Apart from that, the Galapagos Islands have an exotic touch to itself and are brimming with scenic landscapes, crystal horizons, and wildlife chirping all around.

Check Out: Top 10 Most Developed Countries in the World Right Now

The North of Tanzania boasts of owning the biggest wildlife habitat of Africa and is home to some of the rarest mammalian species. The wildlife is brimming with rare species of plant life which makes it one of the most iconic places for wildlife photography in the world.

Apart from racing cheetas and hunting lions, the places has a lot to offer. The volcanoes, dormant and active, and the vast stretching grasslands studded in the Riverine forests, make it one of the most breathtaking places on Earth.

The backdrop shines with pleasant sceneries which are hard to miss. Hence, not just the wildlife photographers, the Serengeti majestically draws in travel photographers from all corners of the world as well.

Wrap Up – Most Photogenic Places in the World

The list for top 10 most beautiful places photographed in the world, might change every year. This depends on the tourist counts, addition of newer tourist attractions, and of course the number of award-winning photographs taken! 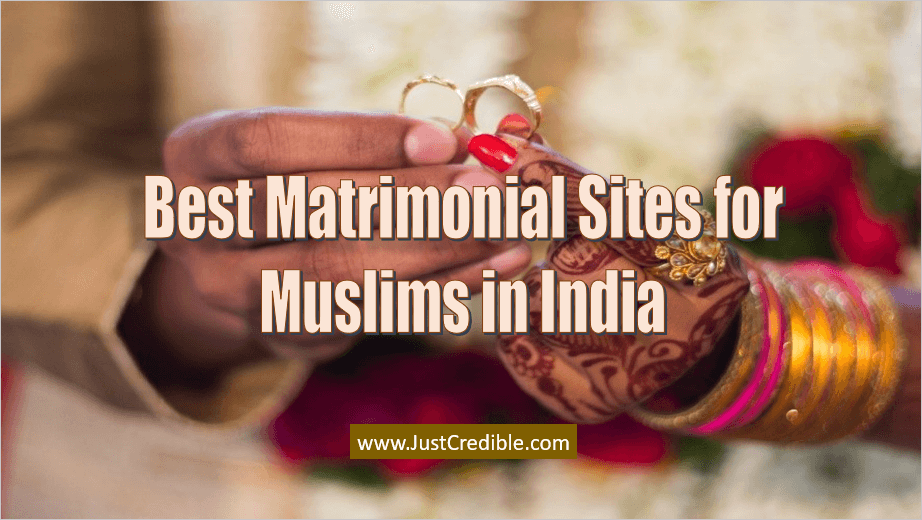