Top 10 Wonders of The World

The world is full of magical places, some of which are already welcoming millions of admirers, whereas some are yet to be discovered. By the great wonders of the world, we often end up picturing the Seven Wonders, however, we fail to comprehend the magnificent aura that hides beneath the unscathed beauty of the native world.

Not just seven, there are hundreds of awe-strucking charisma which are bound to drop our jaws in dismay. Segregating which, we have hereby covered the top 10 wonders of the world for you to begin your journey with.

Whether man made or natural, tomb stones or mighty falls, the Wonders of the World are here for you to explore. 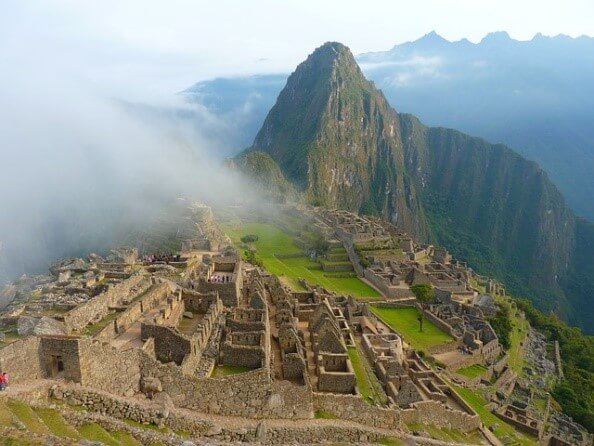 Stitched with endearing adventures that mark the way to this exotic remains of the Incas. This living architectural ruin tells the story of Inca civilization and is viciously preserved in the higher altitudes for all the right reasons.

Machu Picchu is declared one of the most popular historical sites that is still among the topmost interests of archaeologists all around the world. From inscriptions that are centuries old to artifacts that tell the stories unheard, Machu Picchu rightly tops the chart of both old and new wonders of the world.

Read: Top 10 Most Beautiful Country Flags in the World 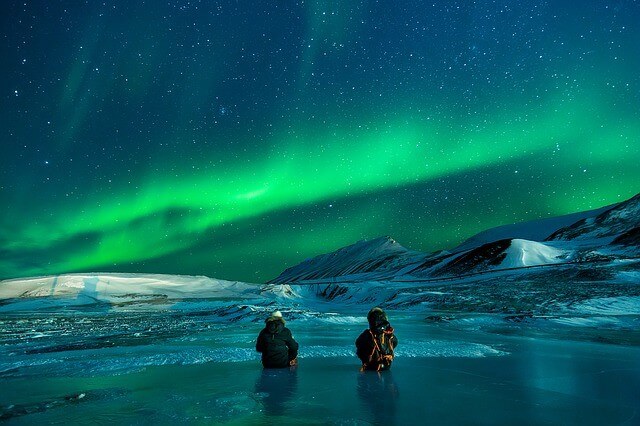 Well-known as the Northern Lights, the intermingling of the varied colors in the sky resulting from the Earth’s magnetic fields, tops the bucket list of many. Where most of the tourists’ flock in to witness this phenomenon, some venture it to explore the wild romantic side as well.

Though not included in the 7 wonders of the world, the Aurora Borealis is undoubtedly one of the popular wonders of the world that welcomes thousands of tourists in the Northern zone.  Not just the favorite of the photographers, this beautiful haven shining bright with the backdrop of glaciers and mountains is an ultimate treat to the eyes. 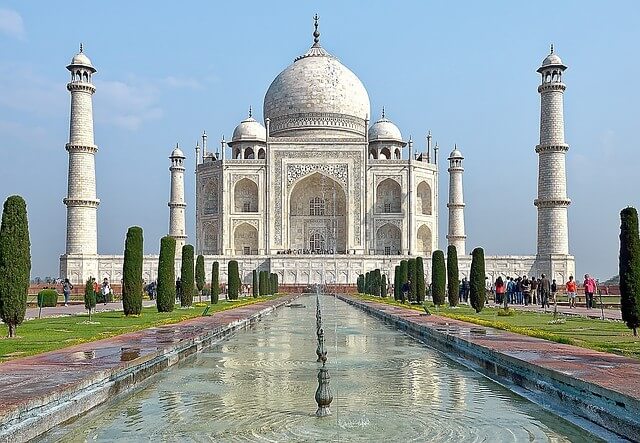 Honored among the original seven wonders of the world, the Taj Mahal is globally recognized as the symbol of love and worship. The extraordinary masterpiece was built by the mighty ruler Shahjahan to honor his love for Mumtaz.

Every corner of the historic monument is intricately carved with unique designs and gives a clear picture of the skills of the Kings ruling during the era. Decorated by the skills of around 20,000 workers, the Taj Mahal is rightly renowned among the wonders of the world.

The marbled marvel encircles hundreds of land acres all carrying separate charm. The Taj Mahal overlooking the Yamuna River and surrounded by red ancient architecture, is known for its varied tints reflected during different times of the day. 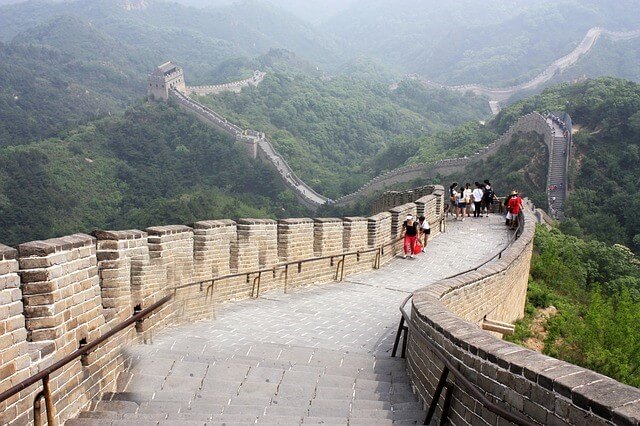 Noted among the 7 wonders of the world, the Great Wall of China is the largest artificial barrier existing for centuries. Built to serve both as a connection to boost economy and expand trade as well as protection from enemies, the Great Wall is one of the biggest tourist attractions of the modern world.

The Great Wall of China measures approximately 7m in width and 14m in height and stretches around 21000 km in length. Marking the territory from Yellow Sea to the Gobi Desert, the Wall meanders through picturesque landscapes and offers incomparable view to the visitors. 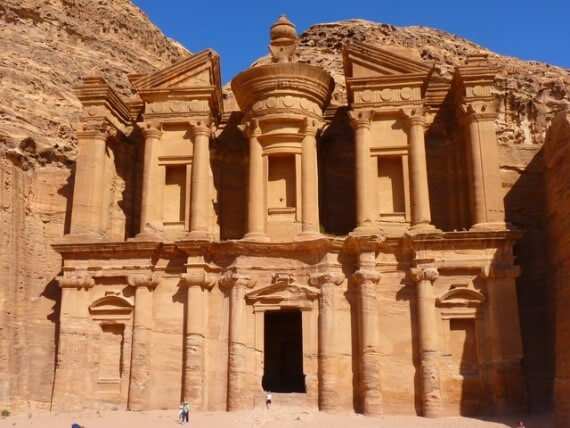 The unscathed beauty of the City lies in the ancient intermingling of Egyptians and Arabians, whose footprints can be relived in the alleys of Petra, every corner of which carries the impeccable ruins.

Apart from being the religious haven of Muslims, and the abode of Djinguereber Mosque, Timbuktu is also renowned in the list of ten wonders of the world. Nothing extravagant but thoroughly mysterious, the place has ancient stories of slavery, gold and salt trade intertwined amongst the vastness of the Sahara Desert.

Besides the golden beaches, the Niger River and the jaw-dropping landscapes of Mali pulls the visitors from across the world. Thus, whether it is the rugged terrain or the dry deserts, or the nourishing, subtle rumbling of the turquoise River, Timbuktu surely tops the list of wonders of the world and famous tourist attractions across the globe.

Must Read: Top 10 Most Developed Countries in the World Right Now 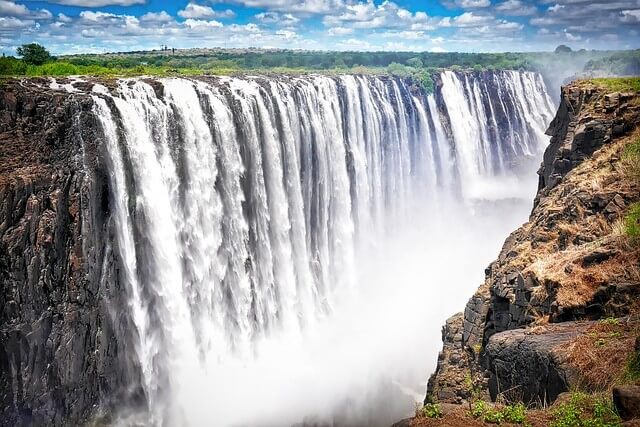 Natively known as the Mosi-oa-Tunya or “The Smoke That Thunders”, the Victoria Falls is one of the unscathed 10 wonders of the world. The rugged beauty lies on the border of pristine Zambia and mighty Zimbabwe and overlooks the native basalt mountain ranges.

Though in full bloom during the monsoons, the scenic beauty of Victoria Falls is enchanting throughout the year. The phenomenal view can be enjoyed via an anticipated Microflight tour which offers the complete view of the majestic natural creation.

Such is the gushing echo of the Zambezi River dropping down the cliff, that the sound can be heard from approximately 40km distance. 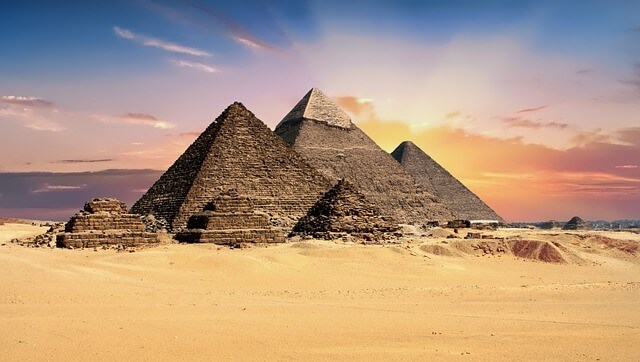 Egypt is all about pyramids and history dissolved in the air. Most of the pyramids and architectural fancy of the place has survived thousands of years and stands tall among the varying modern world.

Among them, the mighty Great Pyramid of Giza flaunts itself as one of the original seven wonders of the world even today. Not just a wonder in itself, visitors are always dumfounded by the intricacy of the Royal Chambers, the inscriptions and the 5000-year-old architectural skill.

The pyramids are hundreds of meters tall and each carved in perfect symmetry is what makes them stand apart. Apart from that, the Great Sphinx of Giza also successfully steals all the attention. 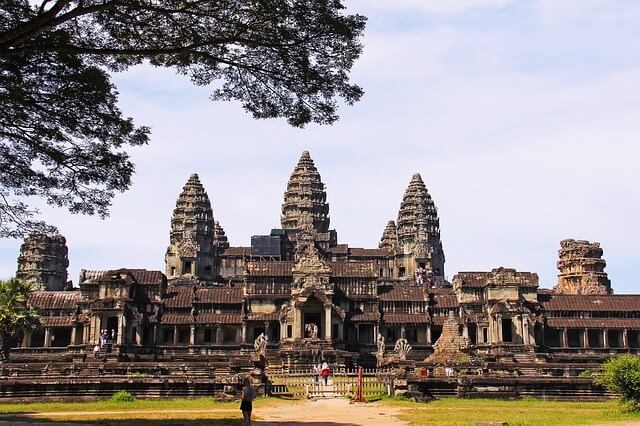 Prominent among the best 10 wonders of the world, the Angkor Wat is a religious haven in itself. The extravagant exterior glamoured by the ancient history of Hindu worshipers that slowly paved the way for Buddhist monks, tells a different story of humbleness, community and harmony altogether.

Covering vast acres of land, the Angkor Wat is a heritage in itself that purifies the souls of everyone who visits. The peaceful pond decorating the facade of the Wat, is also marked by the well-maintained gardens that make this place even more beautiful.

Rightly famous among the wonders of the world, the place offers engaging attractions like Angkor Archaeological Park. Besides, it being a replica of the Mount Meru, is what sets it apart from everything in this world.

Check: Top 10 Best and Most Beautiful Places to Photograph in the World 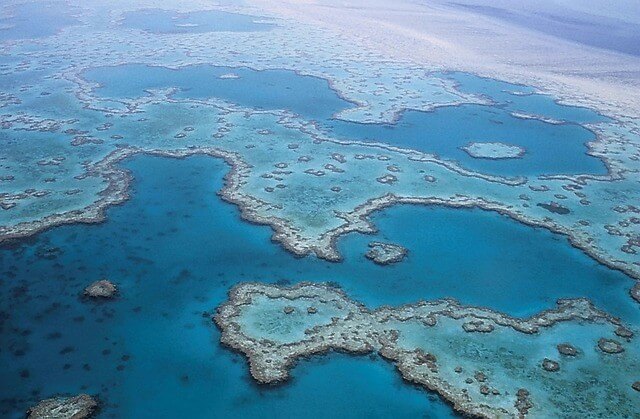 Apart from that, the Agincourt Reef lagoon offers engaging water activities for the visitors. From scuba diving to snorkeling, one can easily engage themselves into a set of ecstatic activities right away.

Whether you are a water baby or not, the scenery and the marine habitat that thrives in this uniquely conditioned temperate coast, is sure to dumb found you in the best way possible.

Conclusion – Wonders of the World

We have all grown up by learning about the 7 Wonders of the world. However, not just seven or ten, there are several more Wonders of the world which calls for equal attention. Some of which offer a challenging trek whereas the rest are just waiting to get discovered more.

Nonetheless, the magical aura of every place is uniquely different and needs to be explored and experienced by every traveler.

Top 10 Habits of Unlikeable People: Signs You Are Not Likable